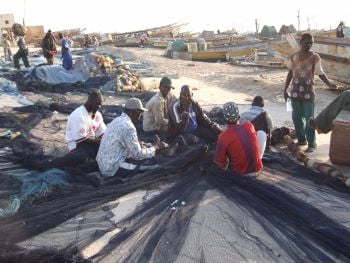 A city in decline where all the talk’s about unemployment, the absence of opportunities, the shrinkage of local industry and governmental neglect. All across North Africa, I heard stories like this, from Tangier to Timbuktu. They were told by nomads who’d given up the herding life, lost their livestock to rustlers and malfeasance, or by fishermen protesting their depleted stocks and the bureaucratic charges they had to pay, or by farmers reduced to selling mobile phone credit in dusty capitals, or by women who plied a soulless trade in Bamako’s bars, hoping for the big break that brought them out of the sticks.

The neglected towns of North Africa have alarming parallels with the old industrial powerhouses of Northern England. In both cases, the image of a rosier, more productive past embitters the disappointing present. Walking through the streets of Stoke-on-Trent, a few days before its by-election (I was up to visit the Staffordshire Hoard), I met several people lamenting how their city used to be so much stronger. It was smokier, and you wouldn’t dare swim in the Trent, but that’s because there was industry and work. ‘People used to have a good life here,’ said one campaigner on the high street, septuagenarian Annie, ‘and now look. They’re fed up, the governments have taken everything away from them, it’s a real struggle.’

When you see the pit of poverty that so many people in Africa languish inside, it’s hard to be persuaded by attention-grabbing media headlines about the deprivation of Britain’s industrial north. Despite an unlikely kinship in long-ago stashes of gold (although the African reserves would have dwarved the hoard lately discovered in Staffordshire), Stoke-on-Trent is no Timbuktu, however much UKIP leader Paul Nuttall might have wanted to position the narrative that way. But when you’re never more than a couple of minutes’ walk from another Poundland, and UKIP campaigners are getting cheers from the local crowd (‘I hope you trounce Labour!’ chirped one angry Stokie), and every third shop you pass is boarded up or empty, there’s clearly a problem. 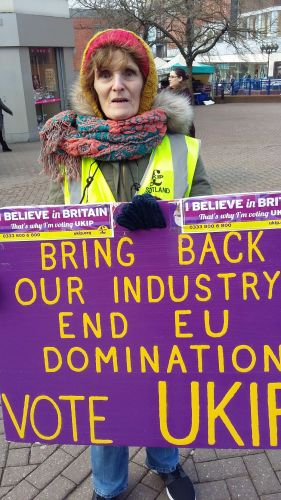 A few years back, in the Mauritanian desert oasis of Ouadane, I met an oil worker called Ibrahim. He used to toil at the local palmery, but a Chinese-run installation had lured him to a better salary. ‘There is more money, so of course I’m taking the work,’ he told me. ‘But I think it’s sad. This place is over. We used to be a great town, you can read about us in the history books. But in the future, I think it will just be the sand.’

All over the world, working people have been co-opted, exploited and hung out to dry, pulped by the economic elites that are the only beneficiaries of globalisation. Wandering around Stoke, I thought of all the Saharans who joined or abetted the rebel armies, transforming their region into a torrid war-zone. How many of Northern England’s abandoned generation would do the same, in similar circumstances? One of the frustrations of the recent right-wing rhetoric (and it was peddled by the UKIP campaigners I met in Stoke, with their talk of 'draining the swamp' and their purple and yellow banners demanding an ‘End to Immigration’) is that it deflects attention away from the culprits of Europe’s economic troubles. It turns one set of victims into the antagonists of another, instead of shining the light on the bankers and bureaucrats and political cowboys who’ve created the mess so many other people are wallowing in.