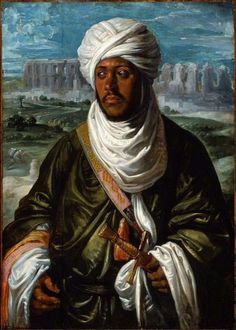 His name suggests a lion but he thought of himself more like a bird: ‘a wily bird, so indued by nature that she could live as well with the fishes of the sea, as with the fowls of the air.’ Few travellers mastered the art of surviving in different cultures like Leo Africanus. Born in Fez in the late 15th century to Muslim exiles from Andalusia, he grew up as the nephew of a court favourite; but when he was captured by pirates off the Barbary Coast, he found himself a prisoner in Christendom. He managed the rare trick of flourishing both in Muslim North Africa and in Renaissance Italy, where he became a favourite of Pope Leo X. This fluid, ambiguous identity has made him a longstanding figure of fascination – Shakespeare may have been inspired by his writings when composing Othello, and the Irish poet WB Yeats started a bizarre correspondence with Leo after a 1920s séance. Given the troubled nature of identity politics today, this ‘wily bird’ still has a lot to teach us.

His importance in the history of African exploration can hardly be overstated. It was on Leo’s ‘Description of Africa and the Notable Things Therein Contained’ that ‘geographers and cartographers remained dependent for almost all they knew of the interior of Africa for the next 300 years’*. A big round of applause for Leo, but a thumbs-down for pretty much everyone else, and a reminder of the collective blinders we’re still wearing when it comes to ‘the Dark Continent’. Where medieval cartographers drew mythical beasts or empty wastelands, now as the historian Judith Scheele puts it, ‘in Power Point presentations, the Sahara, portrayed as a homogenous space marked by boundless and arbitrary movement, is easily shaded in as ‘dangerous’, and on the large-scale maps generally used, symbols of threat and random photographs downloaded from the Internet seem to fill it rather nicely.’**

In my book, I’ll be delving into Leo’s life and writings, from his views on pigeon-keeping to slavery to the uses of an Atlas root as a 16th century Viagra. In a way, I was following Leo’s trail, and in certain places along the way, it felt like he was just around the corner…

*EW Bovill, The Golden Trade of the Moors.

**Smugglers and Saints of the Sahara.